■ The integrated fa?ade and structure of the National Stadium located in the Olympic Park form a grating structure, and the whole building is just like a huge bird’s nest woven with metal branches. With the majesty and creative architectural design, the Bird’s Nest is reputed as a sports structure representing the highest level of the 21st century. As the main venue of the 2008 Beijing Olympic Games, the stadium, with a building area of 258,000 square meters, a total investment of USD380 million and 91,000 seats, will undertake the opening and closing ceremonies of the 2008 Beijing Olympic Games, as well as track and field, and soccer events.

■ As the major theme of the 2008 Beijing Olympic Games, "Green Olympics” requires the construction of all Olympic venues and facilities to achieve environmental stewardship and high energy efficiency.

■ 39CBF high-end air handling units supplied by Carrier is the first and only product that passed the certification of the highest international standard EN1886 (European Standard) in the country at present. The patent design of thermal insulation cold bridge structure makes the coefficient of thermal insulation cold bridge reach up to 0.61, which meets Class TB2 of EN1886 standard; Air leakage rate of the units is less than 1％, which meets Class B of EN1886 standard. Carrier’s 39CBF high-end air handling units is equipped with HV electrostatic dust collector. Through electrostatic dust collection, the foreign odors in the air such as hydrogen sulphide or the smell of cigarette can be removed, fine dust and bacterial motility can be significantly reduced, clean air can be achieved and indoor air quality can be further improved.

■ Application Principle of such HV electrostatic dust collector is to make particulate matter charged, and collect them after the direction of motion changes; Impose 12kV DC HV at positive and negative plates of the electrostatic field (minimum field intensity between anode and cathode is 7.5kV/cm); In plasma sterilization zone, floating dust and pollutants in the air are rapidly polarized and enter the dust collecting zone; under the action of electric field force, they are absorbed by negative plate; The energy generated from instantaneous release of HV charges punctures the cell wall of microorganisms, and further sinter and carbonize them to complete dust removal and sterilization.

■ It has extremely high capture efficiency especially for aerosol down to 0.01 micrometer. Polluted aerosol particles with a grain size of 0.01~0.3 micrometer, which is called “Pathogenic Missile” in medicine, may directly reach the deep part of human lungs. It is the arch criminal for modern diseases through alveolus exchange. While capturing it, the equipment also decreases the harmful gas concentration in indoor air, and achieves the multiple purification effect of dust removal, sterilization and elimination of harmful gases;

■ Can be conveniently washed. The module can be directly cleaned with tap water after dust collection

We could not find any corresponding parameters, please add them to the properties table
Previous
Beijing University of Technology Gymnasium (BTG)
Next
National Aquatics Center (NAC) 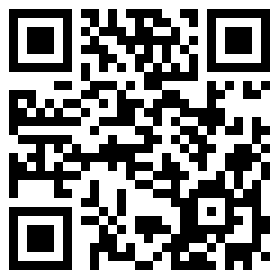